Bulldogs to face Jeff in first round of football sectionals 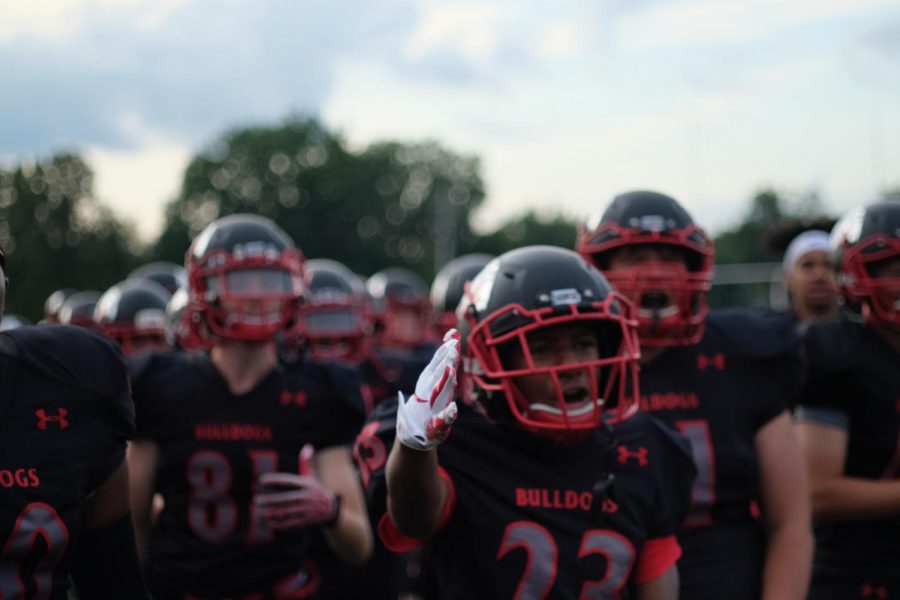 The NAHS football team will suit up for the first round of play-offs Friday, November 1, against rival Jeffersonville High School.

The Bulldogs experienced a rocky season, ending the year with a 4-5 record. They are looking to reclaim their title over Jeff after losing to them earlier this season for the first time in more than four years, with a score of 32-13.

Many fans are skeptical and have doubts that Jeffersonville will pull off a win against the Bulldogs; others say New Albany is not looking at a positive end to the season.

The Jeffersonville Red Devils finished the season 3-6, coming close to having the same record as New Albany. Some claim it’s anyone’s game.

Senior Turner Jones thinks it is a mental battle.

“I really believe that if our Dogs go out there and play like I know they can, we could come home with a sectional title,” Jones said. “Either win or lose, they make us proud.”

Jones says he looks forward to attending the game and helping to lead his student section.

Sophomore Jayden Thompson is a fan and attends all of the games.

“New Albany should be able to win; they have lots of time to prepare,” Thompson said. “They’re acting really serious about this game, which is good. It’s a rivalry game.”

Students at Jeff and New Albany continue to post on social media about the upcoming game in hopes of getting as much of a crowd out in the stands as they can.

Kick-off is at 7 p.m. at  Jeffersonville High School  November 1.