Traditionally, summer is hot, spring is the season of rain, fall lays off the humidity and displays sunny skies, and winter is full of frigid temperatures and snowy fun–however, that does not always prove to be true.

Science teacher Jeff Williams says the immediate effect of climate change and global warming are the weather patterns and environmental changes such as the glaciers melting and the sea levels rising.

“The only indication that I’ve seen [of climate change] is that our seasons are not what they used to be,” Williams said. “We used to have a specific winter, fall, spring, and summer. But anymore it seems like it is all mixed up. You can have 90 degree temperatures in September or October.”

Freshman Jamie Gaetano, who has developed her own recycling project says she believes global warming is a man-made cause.

“It is a lot more alarming than people think,” Gaetano said. “It is becoming a lot bigger. If you think about it, the forests and waters are being affected, we source a lot of things from those places so if that’s all dying then we are slowly losing things that we need to live.”

Temperatures have risen one degree in Indiana in the past century, which may not seem like a lot, but it affects more than one would believe, agricultural and human and animal health being a few.

“Longer warm spells will affect many densely populated regions,”  reports to NASA. “At warming above 1.5 degrees Celsius, twice as many megacities as today are likely to become heat stressed, potentially exposing 350 million more people by 2050.”

Senior Kimberly Caufield reminisces about winters when she was a child which were much worse than today’s and how the temperature rising worries her.

“[What worries me the most] is the fact that it goes unnoticed,” Caufield said. “No one is going to do anything about it until we actually realize how it’s already started to affect climates, animal populations, and places all over the world. Since we can’t actually see the comparison between now and then nobody really sees how bad it is.”

“It’s due to natural processes that are occuring in the world, but I also think it has to do with the using of fossil fuels by human beings too,” Williams said. “As far as natural, volcanic eruptions but a large amount of carbon dioxide in the atmosphere, a tremendous amount. You also have permafrost in Siberia [and] up in Alaska in many different places around the world when they do begin to melt they release a lot of methane, methane is sixty times more potent than carbon dioxide is.”

“The ‘greenhouse effect’ is the warming that happens when certain gases in Earth’s atmosphere trap heat,” according to National Geographic. “These gases let in light but keep heat from escaping, like the glass walls of a greenhouse, hence the name. Sunlight shines onto the Earth’s surface, where the energy is absorbed and then radiate back into the atmosphere as heat. In the atmosphere, greenhouse gas molecules trap some of the heat, and the rest escapes into space. The more greenhouse gases concentrate in the atmosphere, the more heat gets locked up in the molecules.”

Gases such as methane, carbon dioxide, water vapor, nitrous oxide, and chlorofluorocarbons are greenhouse gases, according to NASA. As an example, the burning of fossil fuels such as coal and oil has largely impacted the release of carbon dioxide.

Effects could include the Earth becoming warmer, more precipitation, the ocean warming and glaciers starting to melt, which will make the sea levels rise.

“The immediate thing is that it can change weather patterns,” Williams said. “We know that glaciers are beginning to melt [and] that [is possibly] going to affect the rise in the ocean levels and some scientists say yes some scientists say a little bit we don’t really know. But to me, that would be most thing I’m concerned about is if all the ice does melt what’s it going to do to the oceans because most of the United States’ major cities are along the ocean and if they would rise by as much as just ten feet it’s going to put a lot of our cities underwater.”

Senior Grace Brewer says global warming is a problem that needs to be solved quickly before it is too late.

“[I’m worried] that we will have no clear air to breathe, no animals to breed and consume, overall that our earth will die,” Brewer said. “It would take countries a minimum of five years to get remotely close to saving but if it were to be done we would really need to start recycling, take away large portions of factories and machines used [for] polluting our air, definitely help depollute our oceans and much more. “

Global warming has been traced back to 1824 when French mathematician and physicist Joseph Fourier said the Earth would be much cooler if there was no atmosphere, according to National Geographic.

“This natural greenhouse effect is what keeps the Earth’s climate livable,” according to National Geographic. “Without it, the Earth’s surface would be an average of about 60 degrees Fahrenheit cooler. In 1895, the Swedish chemist Svante Arrhenius discovered that humans could enhance the greenhouse effect by making carbon dioxide, a greenhouse gas. He kicked off 100 years of climate research that has given us a sophisticated understanding of global warming,”

“It starts with politics,” Caufield said. “It starts with people up in the house and the senate making these big changes towards pollution from companies. People can get the metal straws and reduce their own personal waste and that’s some of the footprint we leave but it doesn’t mean anything in comparison to the amount of pollution from all of these big corporations that are going unchecked. That’s where we need to start.” 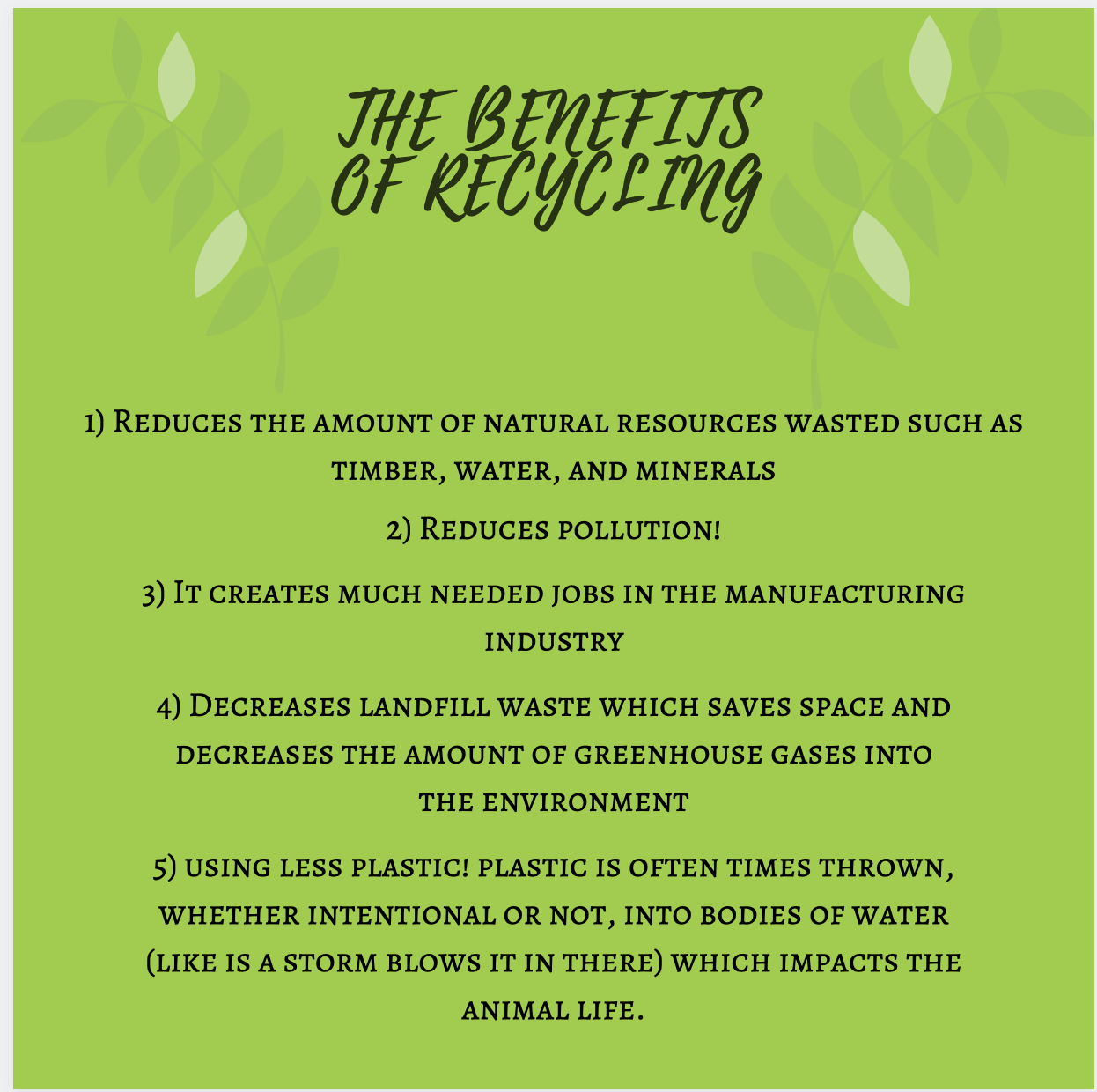