From favorite memories to advice for underclassmen, the spring sport seniors are ready to share 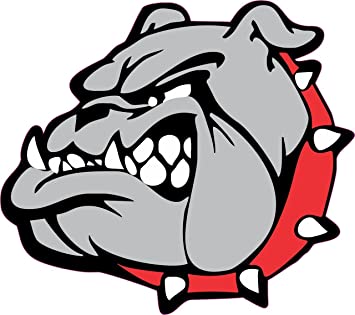 For many senior spring athetes, they didn’t realize the last time they put on a Bulldog jersey would have been for team pictures.

Seniors Madison Lawson and Sydney Bensing say they’re going to miss practicing with their teammates the most.

“The number one thing I’m going to miss is being around all of my teammates every day of the week,” Lawson said. “There were days that we practiced in the freezing cold, even snow, but getting through it together always made it worth it.”

“I’m going to miss being with the team everyday and the random dance parties we’d have,” Bensing said.

For some seniors, like center fielder Delaney Zack, this season was a deciding factor in whether they were going to continue their athletic career at the next level.

“Honestly there is so much I’m going to miss about playing as a Bulldog,” Zack said. “There aren’t enough words to express how sad I am about not getting to experience my senior year season. All the years of hard work and long days have been leading up to this season, this was going to be the year that determined if I played in college or not. I’m going to miss out on senior night, playing last games with some of my best friends, missing awards, and so much more. I’m going to miss all my new coaches and not being able to play my first game with them.”

Although, it was just the beginning for seniors playing in college like second baseman/shortstop Cooper Biven, pitcher/third baseman Cody Medley, shortstop/left fielder Jewellian Cunningham, and catcher Madison Lawson.  Biven will be continuing his baseball career at Kentucky Wesleyan College in Owensboro this fall. Medley has committed to Bellarmine University. Cunningham says she plans on attending Bellarmine as well. Lawson plans to play at IUPUI.

Maddy Myers plays soccer and runs cross country, along with being on the girls track and field team. Myers says she’s grateful she got to finish two of her three seasons. She will be continuing her soccer career at Oakland City University in the fall.

“I am so fortunate to get two of my three seasons in,” Myers said. “I’m going to miss the feel/attitude of the track team. Everyone’s mindset was on achieving their goal and that pushed me to be a better runner.”

The girls and boys track and field teams have been very successful the past couple of years and were hopeful for another successful season. Last year, all three NAHS Track and Field teams (girls, boys and unified) made it to state. The girls team was conference champions in 2018, and were regional champions in 2019.

“While I have been on the track team, we won conference and regional for the first time in 20+ years,” captain Kelsi Sogge said. “There’s no feeling like one- being the best around and two- beating Floyd Central! I am proud to say that I am part of five school-record holding relay teams, which is a huge accomplishment for someone like me who only has one good hip! But, it’s not all about winning those huge meets. I am extremely proud of the legacy that the class of 2020 has left on the girls track team. We built up our program to a new level, and I am very proud of that.”

The boys team were looking forward to starting fresh with a winning mentality.

“Our team this last year realized what it takes to be a great team, we realized it takes a positive mindset and a team full of people who want to win,” captain Collin Malloy said. “It’s a culture and you have to build on that culture of wanting to win and getting everyone to want to win. That’s how you get better is by putting a better goal to chase and to get it and to keep doing it.”

Not only is it hard not getting to start, let alone finish the season strong, it’s hard to imagine what could have been. The NAHS softball program was in the process of rebuilding and the three seniors were looking forward to leading and starting with a clean plate.

“This year, as a team, we would have had great accomplishments and I was looking forward to this team turning the program around,” Cunnningham said. “I still think we did so with the short time we were together. We had more work ethic and passion this year than we have had previously. It’s sad to say that this season ended without even one game but I know our seniors coming up will continue to grow the program we started this year.”

Teamwork was going to bring the program together, with a new coaching staff preaching coming together and playing together. Zack and the other seniors have high hopes for the future of the program even though they didn’t get to lead the way they wanted to.

“Of all four years I’ve played for New Albany softball, the biggest thing we’ve accomplished was coming together as a team this year,” Zack said. “This year has made history for us and we hadn’t even started the season yet. It’s been such a big change for New Albany softball with an entire new coaching staff, there is no doubt in my mind that this team will have a great future moving forward.”

Finally, the seniors have lots of advice they’d like to share with the underclassmen.  Furthermore, once a bulldog always a bulldog.

“Don’t ever give up on what you want to accomplish, anything can happen and with the hard work and your best friends pushing you and doing it with you, make it so much easier to go get it,” Malloy said. “Push yourself to be the best you can be and don’t stop trying.”