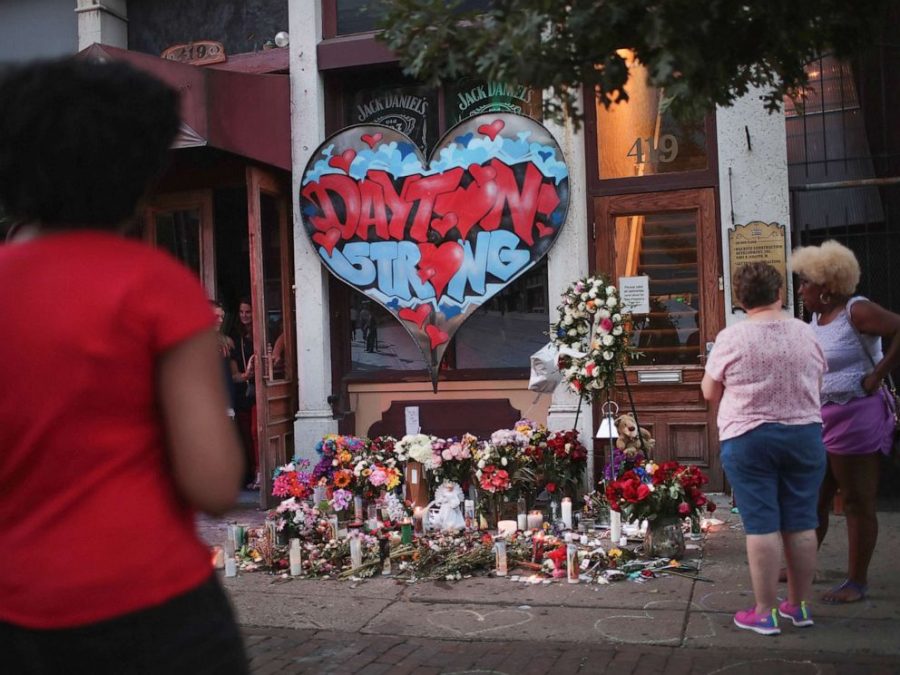 In early August a gunman shot into a crowd in Dayton, Ohio, killing 9 and injuring 27. Police opened fire on the gunman 32 seconds after the shooting began; killing the gunman.

Nan Whaley, Mayor of Dayton, was hit with a wave of incredible sadness when she learned of the tragedy that had come to her own community.

“…Mayors across the country always recognize that any of us could be affected by a mass shooting,” Mayor Whaley said. “Because they’ve become so, unfortunately all too common, and so for it to come to Dayton in place that we all love was just incredible sadness.”

The support of the nation has been very helpful. Many people from across the country have reached out, and Whaley says the support has been very good for the Dayton community.

However, Whaley says not every response helped the Dayton community. There was one response specifically that was more divisive than unifying.

“I think that the victims and the first responders were grateful that the president came, but because the president’s redirect is so partisan and people in this area have very strong opinions both for and against him,” Mayor Whaley said. “His visit was not helpful for the community, and so we are still trying to sort through that and forget it.”

Whaley says young people have made a difference, and that they’re changing the conversation.

“…There are groups like Students Demand Action and I think starting a group in your high school around common sense gun laws is really important,” Mayor Whaley said. “And the movement of students is making a difference in this effort and I think we are getting closer and closer every day for Congress to begin to move, and certainly supporting the work of the [Ohio] governor doing around common sense gun legislation is really important.”

Many politicians aren’t sure how to fix this. But Mayor Whaley says more gun laws are the solution.

“We need common sense gun legislation, and it’s pretty clear that we don’t have any rules around guns. We are the only industrialized country that has the amount of mass shootings that we have, Dayton was number 251 just this year [in the US],” Mayor Whaley said. “Any sort of common sense gun legislation I’m in support of can be anything from red flag laws to background checks which 90 percent of Ohioans support…”

In wake of this tragedy and others like it, some companies have made efforts to pull back firearm and ammunition sales.

In an interview with CBS news on October 6 2019 Dick’s Sporting Goods CEO Ed Stacks revealed that his company destroyed $5 million worth of rifles.

“So many people say to me, you know, ‘If we do what you want to do, it’s not going to stop these mass shootings,’” Stack told CBS. “And my response is: ‘You’re probably right. It won’t. But if we do these things and it saves one life, don’t you think it’s worth it?’”