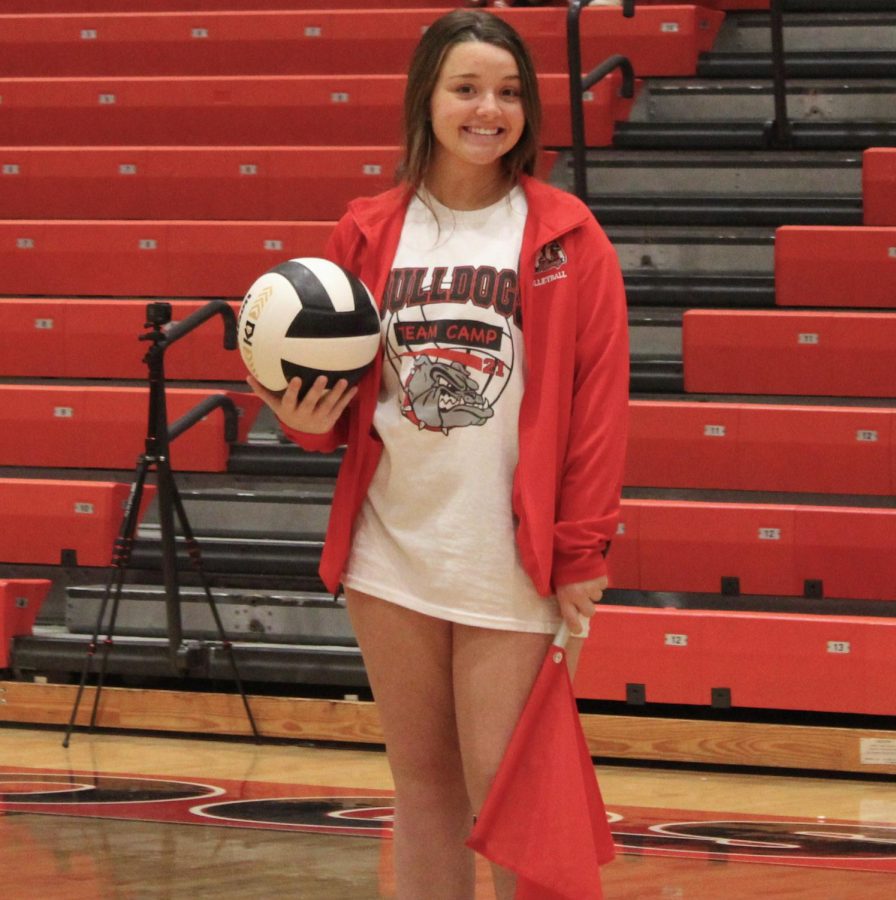 Singleton has been playing volleyball since she was six years old.

“You’re a student athlete so school goes before playing a sport,” Singleton said. “You got [to] keep your grades up and always put in a lot of time. Also, practicing to get better at the sport you’re playing. That’s just a lot of stress and hard work put into two different things.”

While Singleton has challenges in academics, she also faces many dangers while playing.

“[There are] hitters on the net so when they come down there is the possibility of ankle injuries,” Singleton said. “Passers can collide or slide while diving for the ball or hit chairs or the bleachers. There have been girls on our team who have gotten concussions from that.”

Singleton says it takes a lot of effort to balance being a good student and volleyball player.

“I know I just have to keep up my grades, put in the time and effort five days a week and sometimes on the weekends,” Singleton said. “I practice and try to get better.”

The Bulldogs will be on the road against BNL September 7.