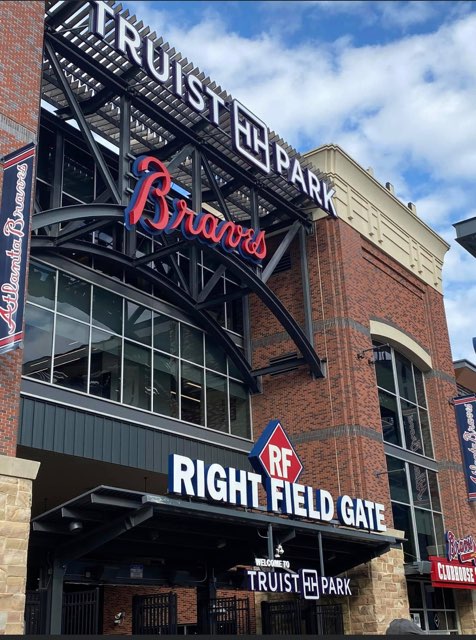 For the first time in 25 years the Braves won the World Series. That sixth game was a huge deal to so many locals, fans, players and coaches. 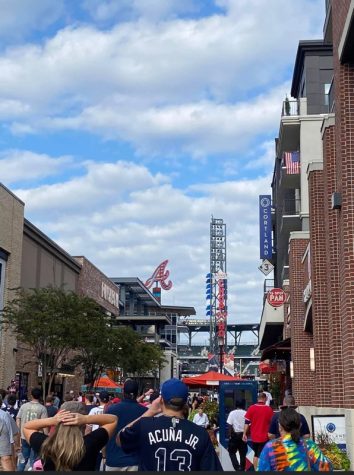 This is not only a huge deal for the Braves manager and players but also their fan base. This includes over 2.3 million people who went to see them in person over the six game series.

English teacher Ms. Smith said her husband has been a Braves fan since the 1990s so when they met they would go watch them play in their old stadium. Smith even got to go to one of the games leading up to theWorld Series

“I have never seen so many people in one place cheering on one team.” Smith said “,It’s loud, the chants are crazy and everyone was loving every minute of it. Their fanbase is one of the best.”

Senior Carson Chandler went to the fourth game in the final series with the Braves beating the Astros 3-2. Chandler added that his favorite player is Freddie Freeman because he has been the face of the Braves for so long.

“The atmosphere, when you’re at home you can hear the crowd but it is much louder in the stadium,” Chandler said.

Not only are the Braves important to the fans who get to see them in person, but also the fans watching from home.

Sophomore Brayden Sprigler has been a Braves fan for his whole life because his dad is a fan. Sprigler added he thinks the Braves had a little bit of luck especially having the worst record early on in the season.

“I watched the sixth game with my dad.” Sprigler said, “I’m not as big of a Braves fan as my dad but it

was pretty emotional to see them win because the last time they had won it was 1995.”

Freshman Gavin Rand also stayed up to watch the sixth game. He said this win is going to Really help the Braves in the future

“The Braves had timely hitting and they worked together as a team; it wasn’t just one person,” Rand said.

This win is also a huge deal for the Braves Franchise. “Success on the field can lead to a greater demand for tickets and also increases the value of broadcast rights and spons

After a World series win the players also start making more money. The winning team gets to split the “players pool” which is all of the ticket sales from the playoffs divided among the players.

“This win will help their revenue and they brought in more money.” Chandler said.

Players are also less likely to get traded after helping their team win the World Series. This can really help a team’s dynamic and teamwork.

“New players came in for the World Series so they will probably keep those guys now,” Sprigler said.

More than 14 million people watched the World Series final game on TV and more than 40,000 people went to see the game in person.