Bulldogs win sectional championship for the first time in 19 years 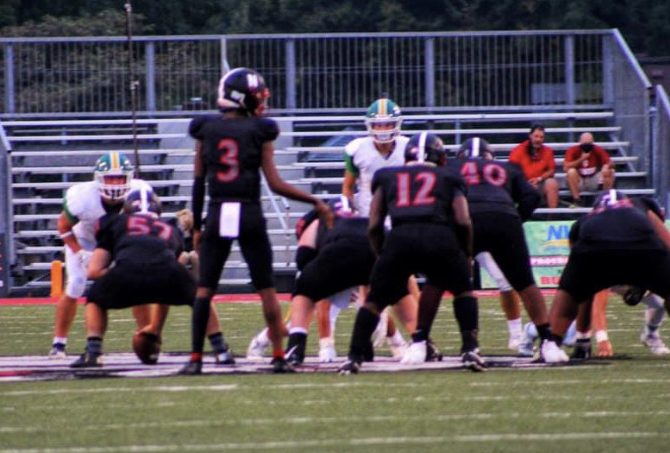 On a chilly November Friday night at Buerk Field, the Bulldogs win a close sectional championship against the Owls 34-27, a win that has been 19 years in the making.

Senior running back Kyondre Winford said he needed everyone to work together to win the game.

“The emotions during the game were through the roof,” Winford said. “A lot of players had to clutch up, including myself for us to win the game, and we did.”

Student section leader Tucker Biven even felt the tension during the game.

“I thought we were gonna win, I didn’t know it would be that close, and nerve wracking at the end,” Biven said.

Senior running back Myles Johnson said that they weren’t ready for their season to end.

Leading up to the last seconds of the game, the Bulldogs were down 26-27. Quarterback Derrell Simmons threw the game-winning touchdown to Winford.

“I really thought we would lose, but then I got the interception and we went all the way down there and scored,” Simmons said.  “That’s when I felt better.”

The home regional game against Bloomington South tonight will determine if the Bulldogs move on to Semi State, one game away from the state final which would take them to the Lucas Oil Stadium.

“We’re running plays we know they won’t be able to stop, and focusing on our defense and how we are going to stop their offense, because defense wins games,” Winford said.

The Bulldogs will host at Buerk Field at seven tonight for the regional game.