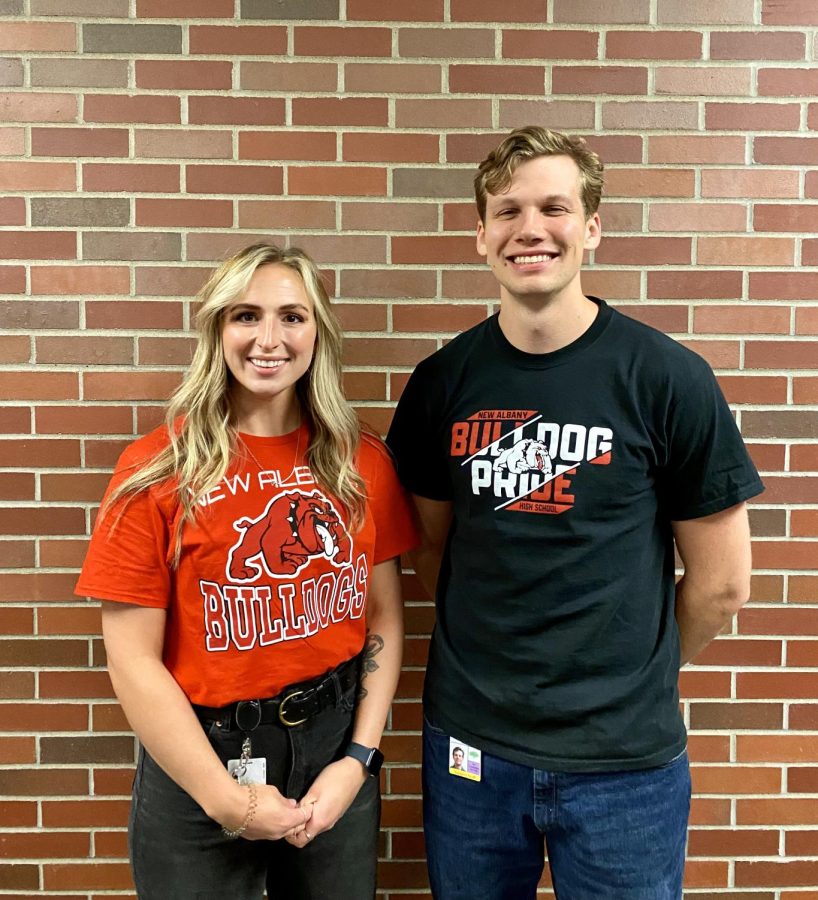 Jacob and Anna Sloan, like most married couples, share many things in life. One of those things being a student teaching job at NAHS.

“If anything, it’s really fun and it’s really beneficial because we just have each other,” Mrs. Sloan said.

Mr. Sloan says he did his own research on history after high school and he knew that he wanted to be a teacher around 21. Mrs. Sloan says when she moved to California she had a teaching experience and really enjoyed it. Since they had similar plans in life, they got married in Kentucky and decided to pursue teaching together.

Mr. Sloan teaches US History and World History alongside Mr. French here at NAFCS. Unlike most student teachers, he is here all year instead of just one semester.

“When I thought about becoming a teacher, I always knew I wanted to teach history. It was my favorite class in high school,” Mr. Sloan said.

Mr. Sloan says that he knew he didn’t want to teach math or science, and he wasn’t really interested in English either.

“History just made sense for me,” Mr. Sloan said.

Mrs. Sloan teaches regular and honors English for Ms. Vincent. Like her husband, she is at NAHS year round.

“I want to share my passion for writing and literature because I think it’s way more huge than people realize,” Mrs. Sloan said.

Mrs. Sloan says she was always a fan of English, especially in high school.

“I just love language,” Mrs. Sloan said. “I found so much power in language when I was in high school through reading and writing.” 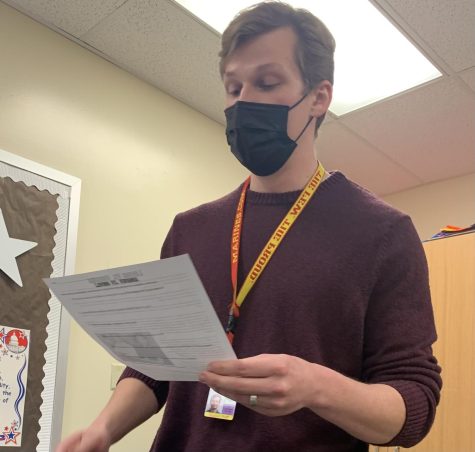 With most student teachers being younger, it can be a lot easier to relate to high school students and their way of thinking.

“We just love being around high school-aged students, that’s such a fun time of life,” Mrs. Sloan said.

Mr. and Mrs. Sloan are on opposite sides of one wall in the building, with them both being on the third floor that gives them chances to see each other a lot.

“It’s really nice,” Mr. Sloan said. “We drive to work together and back home together.”

“Since we’re working together in the same building sometimes we have the same kids so that’s fun,” Mr. Sloan said.

Mrs. Sloan says having the same job has been really helpful for them to come up with new lessons and material together.

“We talk about how things are going and how we are doing and if we need encouragement we can encourage each other,” Mrs. Sloan said.

But being a student teacher has its share of highs and lows. Teaching can be difficult on its own, and that difficulty only rises when a global pandemic is at our doorstep.

“I think being a student teacher, even not in Covid, is hard just because I don’t think people realize how complex teaching is,” Mrs. Sloan said. 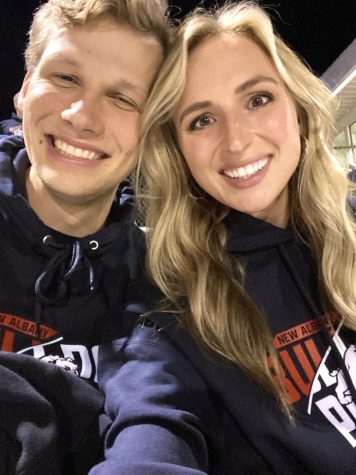 Mr. Sloan says even though teaching in the pandemic has its challenges, it’s a good opportunity to see what teaching is really like.

“I don’t really feel prepared for anything, I’m just going in and trying my best,” Mr. Sloan said.

Many schools around America are going virtual because of the increase in Covid cases and more and more students seem to be going into quarantine. It can be difficult for teachers to navigate the absences and missing work due to Covid.

“Whenever Covid hits and then half the kids are out of the class and we’re not sure if we’re going to go online or stay in school, that’s when it seems to be a little bit more of a unique situation,” Mr. Sloan said.

Mrs. Sloan says a major priority of hers is catching students up on their work during the pandemic.

“As a teacher you just really have to make sure that no one feels left behind,” Mrs. Sloan said.

Doing virtual school during a pandemic is hard for students and staff alike, there isn’t as much social interaction and certain lessons don’t work as well online.

“It’s already hard enough teaching face to face so I can imagine teaching virtually would be twice as hard,” Mr. Sloan said.

Despite the hardships, they both really enjoy life at New Albany. They’ve been to some football games and they went to see Beauty and the Beast as well.

They both say they really enjoy teaching at New Albany and would love to work here if the opportunity arises.

“We’d be grateful to teach anywhere,” Mrs. Sloan said. “But if that happens to be at New Albany then we’d definitely be okay with that, all of the faculty here are really great.”