Students weigh in on whether or not the Supreme Court should overturn Roe v. Wade 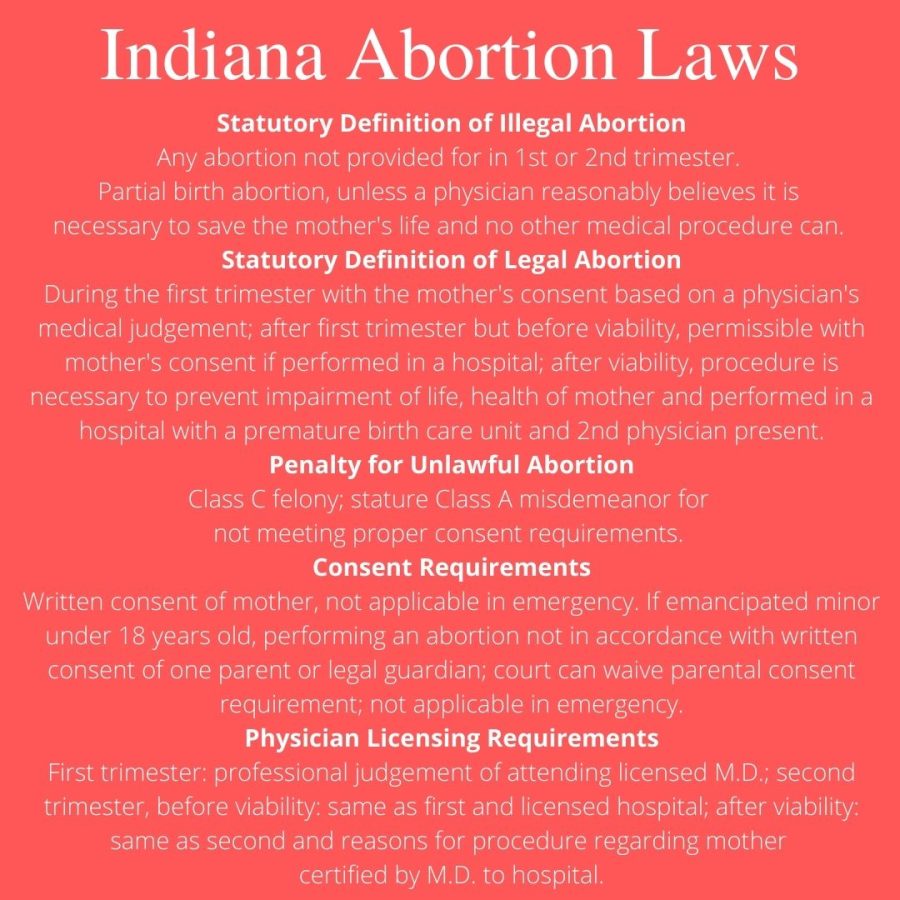 Although the Roe v. Wade decision was made nearly 50 years ago in 1973, a recent leaked draft from the Supreme Court has the issue in the news again.

Since the Supreme Court originally passed the law, it has been revisited and revised multiple times. However, the February draft that was leaked said Roe v. Wade could be overturned by the conservative majority on the Supreme Court. The draft was leaked May 2 and published by Politico May 3.

Pro-life supporters believe abortion should not be legal, while pro-choice advocates say a woman’s body makes abortion her choice.

Senior Kennedy Lee is a pro-choice supporter and believes it’s her body. her choice, and that men shouldn’t control women’s body autonomy.

“I’m pro-choice because I think a woman has the right to control her body,” Lee said.

In 1992 Roe v. Wade was voted on 5-4 to be upheld; however, states started making more restrictions. From 1995 to 2003 the unsafe abortion rate increased to 48 percent, according to the National Library of Medicine.

“There’s no way to end abortion,” Lee said. “There are only ways to end safe and legal abortions.”

Nearly half of the abortions performed annually are unsafe abortions, around 68,000 women die each year to unsafe abortions, making it one of the leading causes of maternal mortality, according to the National Library of Medicine.

A huge problem many pro-choice supporters have with the consideration of overturning Roe v. Wade is that it is mostly men who are voting on these laws. They say men shouldn’t have a say in what women do with their bodies.

“I absolutely don’t think it’s fair that men can make laws about women’s bodies,” Lee said. “Men shouldn’t have a say in what women do with their body.”

In an initial draft written by Justice Samuel Alito stating the conservative majority will vote to overturn Roe v. Wade he says, “Roe was egregiously wrong from the start… We hold that Roe and Casey must be overruled… It’s time to head the Constitution and return the issue of abortion to the people’s elected representatives.”

Senior Theo Shelton is a pro-choice support who believes people should be able to do what they want with their body and that abortion and childbirth don’t have anything to do with religion.

“Men should not make up rules for women,” Shelton said. “It doesn’t make a lot of sense. Also, let people do what they want. People shouldn’t be able to control what other people do, especially in a way like that. It’s not fair for men to make rules about women’s bodies.”

Whereas pro-life supporters don’t believe it is unfair for men to make laws about women’s bodies.

Freshman David Howard says he is against abortion because he believes according to basic biology life starts at conception, making abortion murder.

Many pro-life agree with Howard.

“Having an abortion is considered murder,” Howard said. “Overturning Roe v. Wade is a step in the right direction to end the genocide to unborn children.”

While pro-choice advocates don’t view abortion as murder because they say it is only a fetus.

“I don’t think abortion is murder,” Shelton said. “Not technically.”

A lot of the argument around abortion revolves around religion, but why does abortion even have anything to do with religion?

“My Christian religion says that life is ordained by God,” Howard said. “And that children are a gift from the Lord. I don’t think anyone should have the right to take that away.”

However, there are many people who are Christian and still support the right to an abortion.

“As a Christian I do not think abortion is murder,” Lee said. “Because there is a quote in the Bible that basically says if you’re raped let the baby be stricken down. A lot of people think being pregnant is God’s miracle and a positive thing from God, but not everyone always sees it as positive or a blessing.”

Overturning Roe v. Wade will have a drastic immediate effect on abortion laws as well as a long term effect. There are 12 states with “trigger laws” that would ban abortion immediately if Roe v. Wade is overturned. There are also at least 26 states that most likely will quickly ban abortion if states are given the power to decide. Indiana has imposed 55 abortion restrictions in the last decade.

“I’m for overturning Roe v. Wade because it is the reason no state has been 100 percent able to ban abortion yet,” Howard said. “I believe that as soon as Roe v. Wade is overturned abortion will be banned in I think the number is 13-14 states immediately.”

“There’s not really a reason to overturn Roe v. Wade,” Shelton said. “They’ve already built laws and regulations off of the ruling. If they go and change that it just messes everything up.”

“There is never going to be a way to completely stop abortion,” Lee said. “But overturning Roe v. Wade will increase the amount of unsafe and illegal abortions. Overturning the case does more harm than good.”